Roll the Dice was the brainchild of Ben Berriman, seeking to create a game for a group of friends.
Show up.
24 hours.
No idea where you are running, the surface you’ll be running on, or how the game is played. But bring a game piece!
So we did. 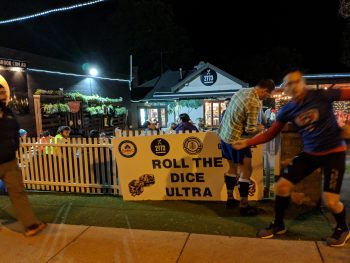 30 something people showed up on Friday night, were given a few pages with 5 different loops and a pencil.
It was up to us to roll the dice, and run our loops.
Run being a loose term as we had to navigate and work them out as we went, in the dark, not having slept.
In a world where events have fancy websites, course profiles and a gpx to follow, RtD was a challenge with mystery at its core. 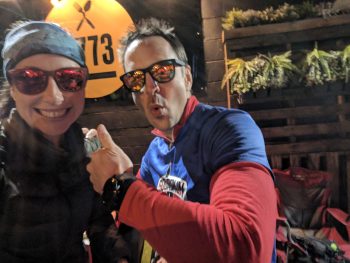 It’s a bit different to your usual running race, where normally you’re following course marking and having people cheering for you as you go.
Not knowing what we were in for people set little goals for themselves.
My goal was to go through the night before I slept and to tick off an easy 50km for the 24 hour challenge. I wanted some time on feet but the legs to be able to keep training in the coming weeks.
Some people wanted to last the whole 24 hours, one wanted to run 100miles. Some were out to run their first 100kms, and some were just out to have fun and see what happened. 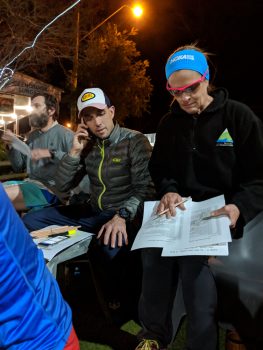 We arrived and people began studying the maps. 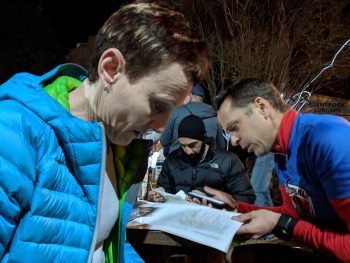 Everyone took a roll and people called out numbers to see if they had any loop buddies. 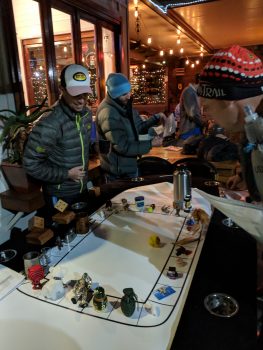 3.
9:30 and off we set.
A bobble of headlamps into the night.
Everyone set off at a fairly sharp pace and I was running solo.
I faffed about with the papers and got partway through the first loop when I realised I was doing it backwards.
Bugger.
Trying to decipher the instructions and turn them around in the opposite direction was ‘fun’.
Dogs barked against fences and I had a bit of heeby jeebies.
Running back into the hub was great.
First loop done.
What would I roll next?
1.
I’d heard this was the easier loop.
Wrong turn again.
I laughed thinking Kerry would agree I’m terrible at following instructions.
What’s funny is normally I’m great at navigation but the night and my stubbornness at not wanting to constantly check my paper was to my detriment.
I met Felicity partway around loop one. She looked wrecked. They’d travelled that day and I felt for her.  She headed back to the hub and I headed around a deserted lagoon.
Back to the hub.
3 again.
We laughed, hopefully this time I’ll go around the right way.. Alan and Luke had come along for a run so they joined me. We chatted and I appreciated the company.. until Alan led us up a left instead of a right and added distance to loop 3.
We got to the hub and laughed at not getting loop 3 right again. At least I was closer this time.
1.
Let’s get this one right this time.
I read the instructions and nailed it.
5.
This was the loop I’d not been so keen on. Steep and Stairy, but by this stage I was keen on a bit of a hike so off I set. Heading down I thought to myself ‘why the heck am I out here now? All of my other friends are tucked up in bed’.
They say endurance is about fighting the mounting desire to quit and I tend to agree with that.
The moon shone* through the trees, the night was clear, the stars dotted the black blanket of sky, and I felt safe in the bush.
It was getting late and I was feeling a bit squinty but chugging along.
Back to base.
Kurt and I teemed up and did a couple more loops together. From memory it was another 1 and a 3. The company made it so much easier. 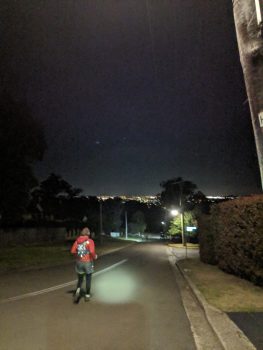 We rolled again and this time it was a 2.
Neither of us had run this loop. By this stage it was about 4 in the morning and cognitivity was low. The instructions had said to look for a landmark so we went up to make sure it was said landmark because it was DARK. It was. We headed back to the intersection we’d come from. Hilariously we then spent a good few minutes debating where we’d come from. Eventually we were saved from our argument by a man coming up the trail (from the way I’d said we’d come #winning).
On we continued… 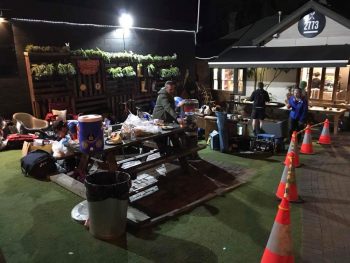 After 43km I’d made it to morning. The birds were chirping and I headed off for an hour and a half a sleep and a change of clothes (chafing tights be gone).
Feeling tired but a little fresher and newly lubed up and hypafixed we headed back to the hub.
I rolled a 3 and headed out with Anne and Mark. We ran at a fairly good clip and talked. It was soooooo much easier in the light and it was great having the company of two stellar humans to run with.
We got back to the hub and then I had lunch with some friends. 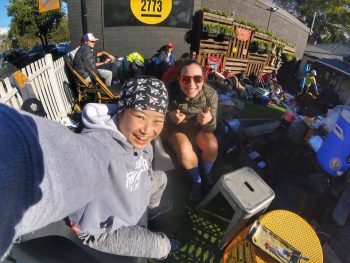 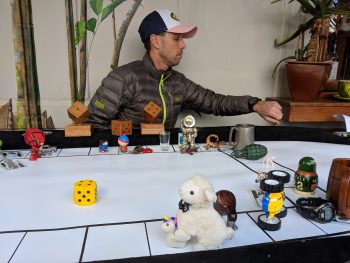 Scott and I set off for my final lap. We had loop 4 which I’d not done yet. The views were beautiful and we had some great chats. 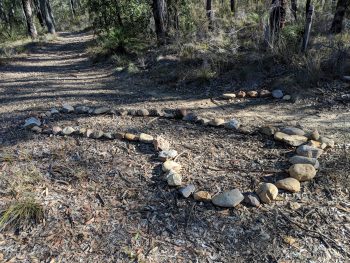 Back to the hub.
Goals achieved I sat down to cheer the others on. 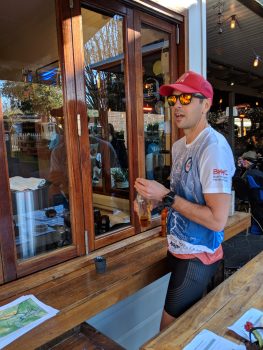 Nathan kept on chugging away and got 100miles done. He looked weary when he arrived back in to cheers from family and friends.
Anne busted out 130 something KMs. Her strength and determination is impressive.
Kerry nailed 100. Having fireball shots along the way.
Mark 111. Smiling and tired.
Matt busted out his first 100.
Felicity her first Ultra distance event.
Kurt 70km. Sore knees and nauseated but stoked.
Chris, unsure, but he had fun.
Sue over 100. Showing how tough she is.
Scott 87.
Jane 100. Just a drop in the ocean for this badass granny!
Shane had a big old run 100+ KMs. It was cool to see him running. Him and Kerry running in unison was a sight to behold. Fast and light on the feet.
Belinda 70something from memory. She’s a trucker. Her mental strength shone.
It was a strange old weekend but I’m already looking forward to the next one. 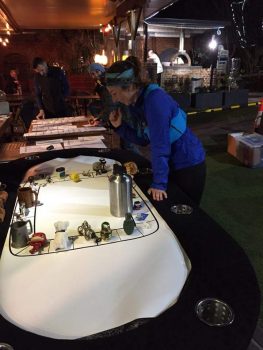 If there’s one thing I’m taking from this weekend it’s the drive to continue challenging yourself in different ways and to hold dear that old cliche that ‘variety is the spice of life’.
It really is.
Roll that dice.