We just finished a weekend supporting our SQUADRUN athletes (or athemaletes as Ngaire will sometimes call herself) at the beautiful and gruelling Ultra Trail Australia. In the post race celebration posts one thing that has struck me is that this really isn’t just about running. It isn’t glitzy, it’s about facing your own demons and showing how strong you really are. Ngaire sent and Kerry a message explaining just how much the race actually meant to her. I have asked her permission to share because I realise that it is personal and emotional but above all of that it is inspiring and I believe that her journey should be acknowledged and celebrated.

Reading Brett Sammut’s wonderfully honest account of his race, and motivation for it, made me realise perhaps I should share just how much getting through this race has meant to me. I had actually signed up for the 50k last year, but then had to pull out in January, because my Mum passed away, very abruptly, and I took it really hard. Couldn’t get out of bed hard. My Dad had passed 6 months earlier, and that was the final blow. I think I told you, Corey, that I was struggling with depression. Sort of true. I started doing park run, as a way to cope, and, early last year, could barely run the 5k, but I kept pushing. The only reason I signed up for UTA100 was because I figured (correctly) that the training would be a good way to deal with the grief. I didn’t admit it to myself at the time, but I don’t think I ever truly thought I would ever hit the start line. I figured I would train, get overwhelmed, then withdraw.

I hadn’t quite reckoned on the support and encouragement from you all, as it turns out. But I followed the plan, (SQUADRUN’s for running, Corey’s for nutrition) then when I got injured in April and I figured that was it, that was the other shoe dropping.  I realised just how important it was to me to get through this race, so I focussed on getting stronger, on technique; then I woke up on race day feeling utterly awful. All my nerves had gone to my stomach and I spent the early morning vomiting, then burst into tears at the start line and started the race with, literally nothing in my stomach. I felt utterly awful for the first 15-20k, but I focussed on just doing the job in hand and, somehow, rallied in time for checkpoint 2. 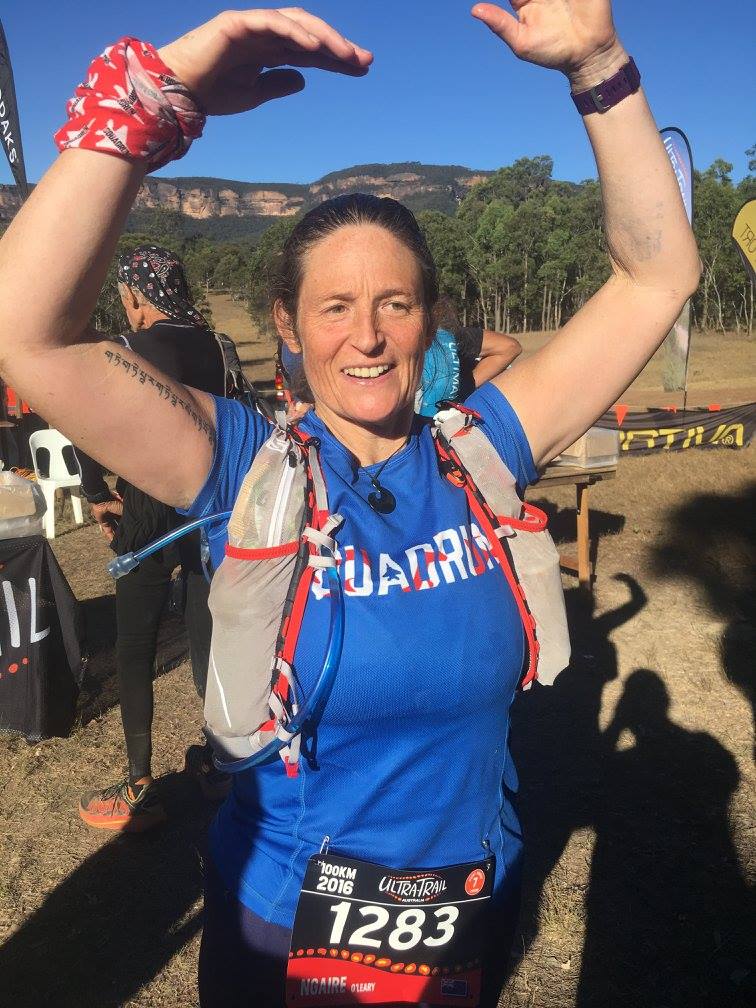 The rest of the race, I owned. I was really really happy with the day. I felt strong the whole way; The 10k into Fairmont and Furber hurt, but I still felt better than i did in that first 15k and that was what I kept telling myself when it got tough. That and ‘left foot, right foot’ 🙂 . I feel like I smashed the last 20k, as I surged past a whole stack of hurting runners, and, seeing Ali, almost at the top of Furber was amazing. I didn’t cry at the finish line, but I have been in tears most of today, just processing the whole thing. I feel like I left the huge weight of grief I had been carrying for so long on the trail and, once I’ve had some more sleep,I will, finally, be able to move forward. You three have played a huge part in that, that I felt you should know. The tattoo on my arm is a Buddhist sutra that translates to “gone, gone, completely gone, gone to the other side: enlightened” . It’s there to remind me that the only way to become something else is to let go of what you were. Thank you all for helping me let go. Xx 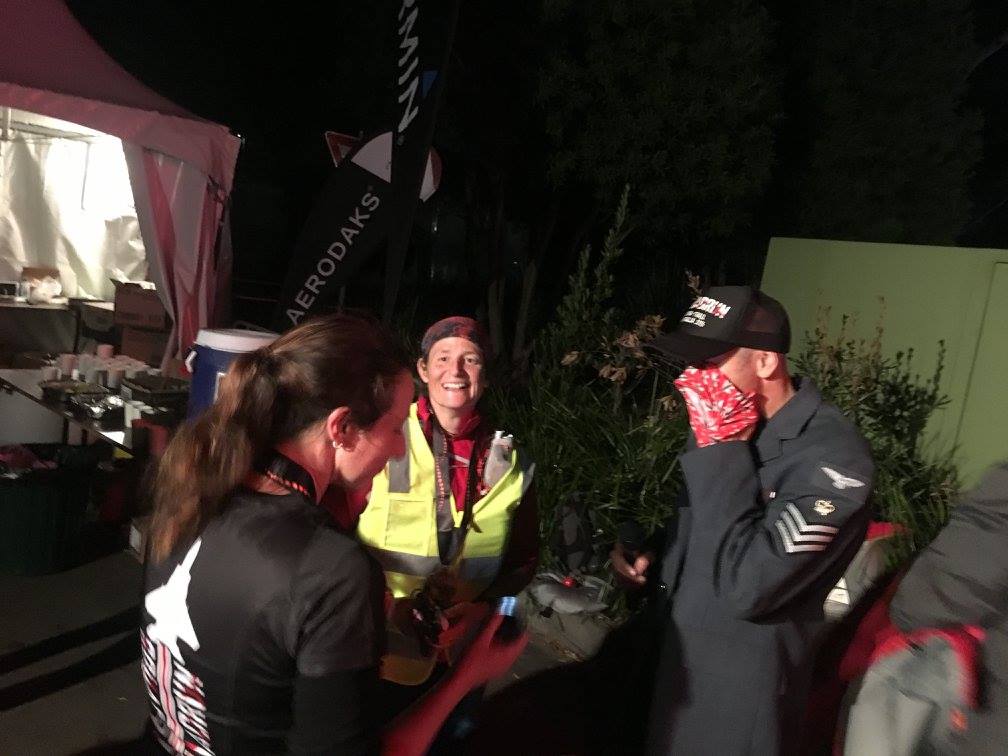