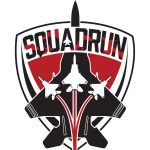 There’s decades of misunderstanding and misinformation around this and still lots we don’t know.  In this post I’ll cover off few of the ‘truths’ and ‘untruths’ of EAMC.

One of the enduring aspects of EAMC is that there simply is so much that hasn’t been proven and so much we still don’t know.  The following digest is a short summary on what we know though the prevalence of the word ‘probably’ highlights our lack of comprehensive definitive understanding on the topic.

What causes EAMC?
I’ll start by stating that THERE IS NO CLEAR CAUSE FOR EAMC.  We simply do not know what causes it.
We have studied many mechanisms however empirical evidence is lacking.
EAMC is most probably a culmination of several factors like heat, dehydration and neuromuscular fatigue.  None may be isolated as the true singular cause and EAMC will well occur in the absence of any one of those three mentioned contributing factors.
For example, if heat alone caused cramping, why then can people cramp in cold conditions?  Similarly, well hydrated people may cramp.  You may even cramp without neuromuscular fatigue (night cramps etc).
Beyond ‘science’ and research EAMC can be explored by the fields of philosophy and psychology.  And why not?  It was philosophers that first suggested the earth was round and that it revolved around the sun long before conventional mathematics or science was able to prove it so.  You could argue that philosophy is the cornerstone of hypothesis – if this, then what? “I believe this action will have this outcome” These things are oft the drivers for scientific research and structured study.

With so much unknown about EAMC, what contribution has psychology had?  Surprisingly plenty.  Professor Tim Noakes (cited further below for his contributions to ‘Waterlogged’), has worked tirelessly to promote his ‘theory’ of the ‘central governor’.  A subconscious process in our brain which determines how hard to work in exercise.  Athletes I work with have probably heard me use the phrase “the brain is an excellent self-preservation tool”.  The central governor is the silent limiter and EAMC is linked to a panic response within the brain to stop exercise.  More on this in the section ‘Intervention’ below.

The trick may be to prevent the central governors ‘panic response’ by:
1) ensuring sufficient training has been undertaken to sustain the exercise
Training more will probably reduce the likelihood of cramping.
2) Responding to environmental factors associated to effort (such as heat) by reducing the intensity of the activity.
Slowing down will probably reduce cramping.

The central governor theory is an exciting frontier and the minds role in sports performance is likely the greatest area for future exploration.
The central governor’s role in fatigue explained here – https://www.ncbi.nlm.nih.gov/pmc/articles/PMC4854881/

The role of Magnesium (Mg),
Mg is part of the Adenosine triphosphate (ATP) process and is required for movement.
The absence of Mg will most certainly lead to cramping.
Mg is stored in within the cell mitochondria and is built up gradually over days or weeks.
It is normally sufficient in our diets provided we eat a modest amount of green things.
It may be lacking in some diets or potentially used at a rate greater than it is ingested and stored.  In this case daily Mg supplements will help buffer this store.
Mg consumed orally has no immediate effect on the ATP process.
As a dietary supplement it is quite safe since your body simply sheds excess Mg in body waste.
There is no evidence to suggest that Mg as any effect on cramping in sport – https://www.ncbi.nlm.nih.gov/pubmedhealth/PMH0048475/

A precautionary note here is that further to it not serving any purpose if ingested is that Mg is the primary active ingredient in laxatives.
I DO NOT RECOMMEND CONSUMING MAGNESIUM ON RACE DAY.

The role of Sodium (Na),
Perhaps the biggest and most enduring misunderstanding around cramping is the role of Sodium.
Sodium and Chloride (Cl-) are the two major electrolytes we find in our sweat.
For some reason people focus mainly on Na (and K and Mg) while ignoring Cl-.
Ultra-runners are seldom found popping Cloride pills which is a good thing since, like Sodium, there’s not a lot of evidence supporting Chlorides role in EAMC.
When we exercise – we sweat.  The content of our sweat has been exhaustively examined and measured.
The assumed logic we are quick to adopt is that if something is coming out of us we have to put it back in or suffer some sort of consequence.  The assumed consequence is EAMC however there’s no evidence to support this.  We know for certain that sweat is MOSTLY WATER, with a small amount of Na and Cl-, and infinitesimal quantities of Mg and K.  If we are losing more water than we are anything else (Na, Cl-, Mg, K) then as the volume of water in our blood plasma decreases, the relative levels of Sodium, Cloride, Magnesium and Potassium INCREASES.
If you measure these chemicals in our blood after exercise you will actually find that as a ratio to water they have increased.
Your kidneys are constantly trying to balance your Sodium levels relative to your water levels but it’s the water levels that matter most, not the Na.

Possibly some (not all) cramping is a result of the body’s warning sign regarding imbalances in sodium and water levels.
This is probably a function of water, not sodium.

My advice is to drink water (to thirst) plus a tiny amount of electrolytes just to support the kidney function.

Just because salt is coming out of you, you don’t need to be putting it back in you.

EAMC INTERVENTION
Intervention (Bold, ,underline, all caps) is about stopping EAMC at onset.  Not preventing it from occurring.
Once you have cramp, what then?
It seems a bitter, spicy (or similar) mouth wash will probably stop cramping at onset.  A study in 2010 showed that ingested pickle juice was quick to alleviate electrically induced muscle cramps – https://www.ncbi.nlm.nih.gov/pubmed/19997012

Anecdotal testing has shown that it is probably the taste alone that is stopping the cramping.  It is probably a ‘short-circuit’ of the neuromuscular signal causing the EAMC that results in its caseation. There are now plenty of products on the market that are harmless and worth experimenting with yourself.
Remember to spit, not swallow.  Most of these cramp intervention products recommend you consume the product (to increase sales) however there is no evidence that swallowing any of those products will help with your cramping.  Most include Mg which is a laxative.

Worth noting that stretching at onset will also help combat EAMC at onset.  If you can lengthen the muscle you will likely stop the cramp though this is limited somewhat by the severity of the cramp.